What would you have done?

What would you have done? 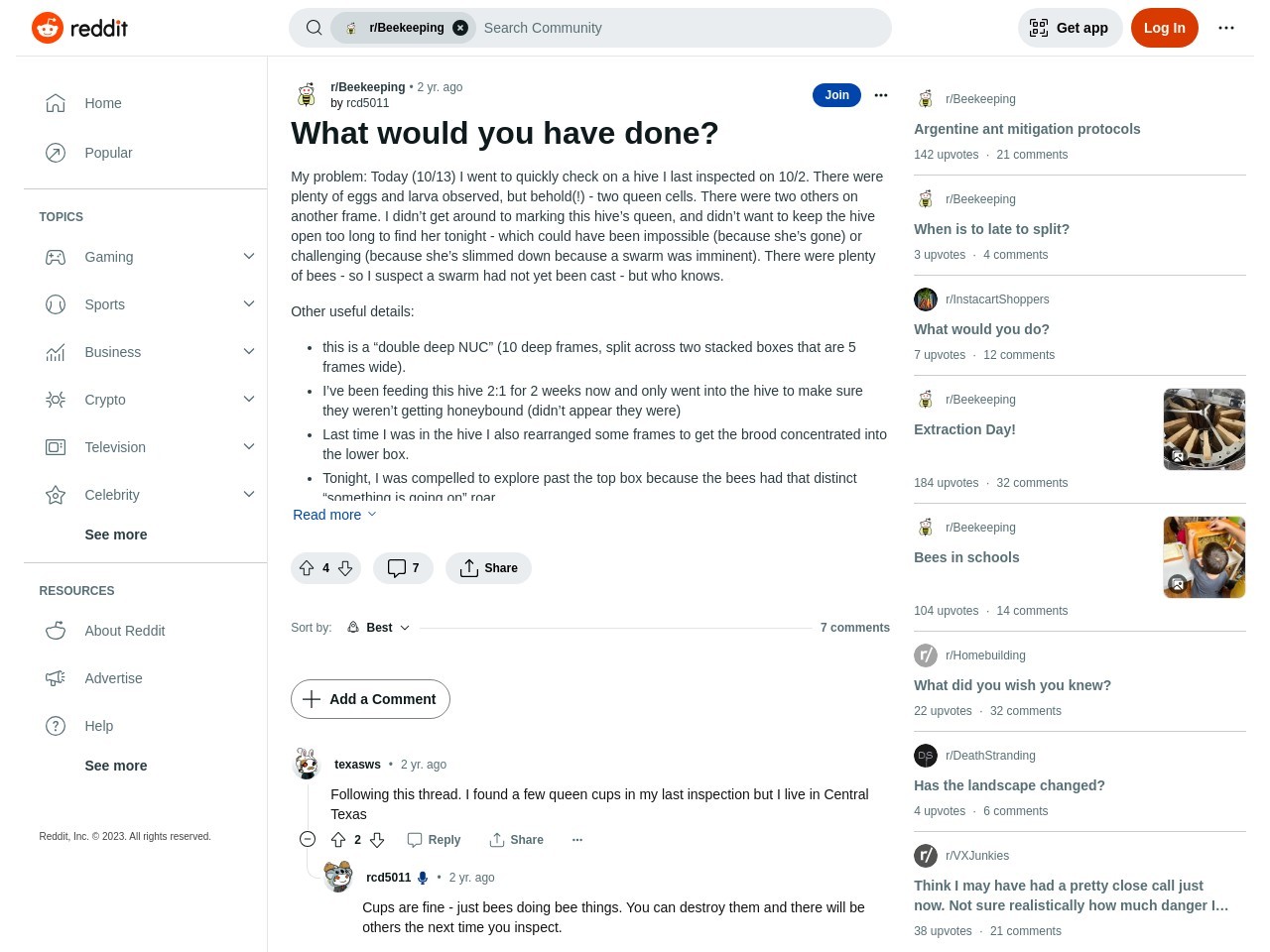 My problem: Today (10/13) I went to quickly check on a hive I last inspected on 10/2. There were plenty of eggs and larva observed, but behold(!) – two queen cells. There were two others on another frame. I didn’t get around to marking this hive’s queen, and didn’t want to keep the hive open too long to find her tonight – which could have been impossible (because she’s gone) or challenging (because she’s slimmed down because a swarm was imminent). There were plenty of bees – so I suspect a swarm had not yet been cast – but who knows.

Other useful details: – this is a “double deep NUC” (10 deep frames, split across two stacked boxes that are 5 frames wide). – I’ve been feeding this hive 2:1 for 2 weeks now and only went into the hive to make sure they weren’t getting honeybound (didn’t appear they were) – Last time I was in the hive I also rearranged some frames to get the brood concentrated into the lower box.
– Tonight, I was compelled to explore past the top box because the bees had that distinct “something is going on” roar.
– Only one of the queen cells was capped. – The hive was split from another in mid July.

What I did: – removed the queen cells – dissected the only capped queen cell to estimate the development timeline, which I think was around 12 days old

What’s next: – will revisit the hive in a week or so before they have a chance to cap any other cells made from the eggs/larva observed today. – If no new eggs at that point, I’ll assume the queen is gone and will plan on combining with another hive. – Stress out in the meantime.

So…what would you have done if you were in my shoes?

Is this colony destined for a combination – or is it possible something like a few cold nights will change their opinions on swarming if the old queen is still home?

about Advice after anyone Beehive Beekeeper Beekeeping bees brood BUZZ CATCH comb first Found FRAMES from Have Help hive. Hives Honey Inspection into It’s Just know like made more... Need QUEEN question should some Swarm them There these they time today. varroa Winter would year