SHOULD YOU CATCH A SMALL SWARM?

SHOULD YOU CATCH A SMALL SWARM?

When it comes to small swarms, does size matter? In my last post, I wrote about those big beautiful swarms that get us beekeepers running out the door to catch them. In this post I’ll share what you need to know about catching a small swarm of bees.

When my phone lights up with a swarm recue request and the image of a pitiful, huddled handful of bees appears on the screen, I instantly feel disappointed. A swarm of bees has a tremendous task ahead of it. Once they have found a home, they must build their comb and start their nursery to raise their population. If their population is low to begin with, they won’t have enough bees to do the necessary work. They are at a huge disadvantage and it’s unlikely they will survive, even if they have the help of a beekeeper, but there’s always a chance.

How Small Is Small?

You might be wondering how to judge a swarm’s size. An average swarm  ranges between a football and a basketball. If you come across a swarm that’s smaller than a football, but bigger than a softball, I would consider that small. If the swarm is smaller than a softball, it’s dangerously tiny. When it comes to swarm survival rates, size does matter and the fewer bees a swarm has, the less likely it is to make it. 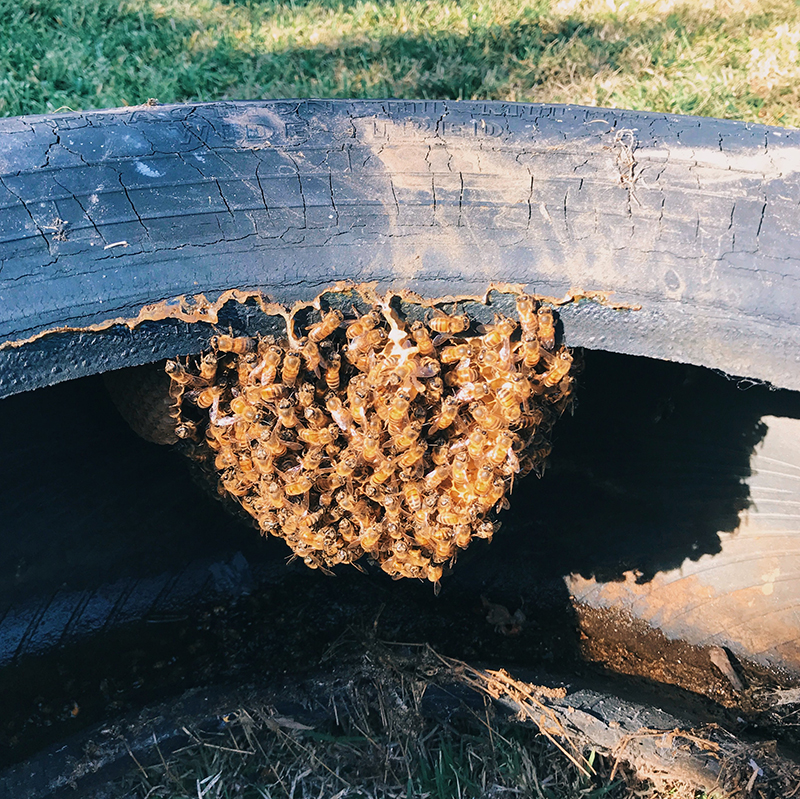 Why Are They Small?

There are several reasons for why a swarm ended up undersized. Were they victims of circumstance or is there something amiss with them? We can only guess, but often time of year informs my theories.

If it’s spring or summer, the swarm might have been part of a larger swarm. In my previous post, I described how multi-queen swarms sometimes split up after they’ve left the mother hive. When this happens the split is not always even. Perhaps one queen had a weaker scent than the other queen(s) and failed to attract very many bees. Even a traditional single-queen swarm can be less populous if they come from a modest sized colony. Some colonies nest in tight cavities that don’t allow them to grow and their resulting swarms are meager.

If it’s late summer or fall, I am automatically suspicious of a small “swarm”. This is the time of year when sick colonies abscond from their nests. So, a tiny swarm may not be a swarm at all, it could be the remnants of a dying colony.

At any time of year, a small swarm might be an indication that something went wrong. Swarms take a chance when they leave their hives. Anything might happen to them as they journey to a new home. They have only a limited amount of honey with them in their honey stomachs and only a limited number of bees. Sometimes their luck runs out. A swarm might fail to find a nesting site and begin to dwindle from starvation. They might collide with a moving truck and lose half their bees or they could come into contact with pesticides.

Are They Worth It?

As beekeepers, our instinct might be to try to save a swarm no matter it’s size, but if a small swarm is unlikely to survive anyway… you have to ask yourself, is it worth it? To save a small colony you’ll need to spend time, gas, equipment and use up a spot in your apiary. You’ll need to use resources from stronger hives (like capped brood and honey) to boost them and this could weaken your strong colonies. You’ll also need to invest even more time feeding them and monitoring their progress. Revisit my article on how to save a failing hive for all the tips. Another downside of catching a small swarm is the risk they could bring to your other colonies. Are they carrying viruses or a high mite load that they could pass to your other colonies? 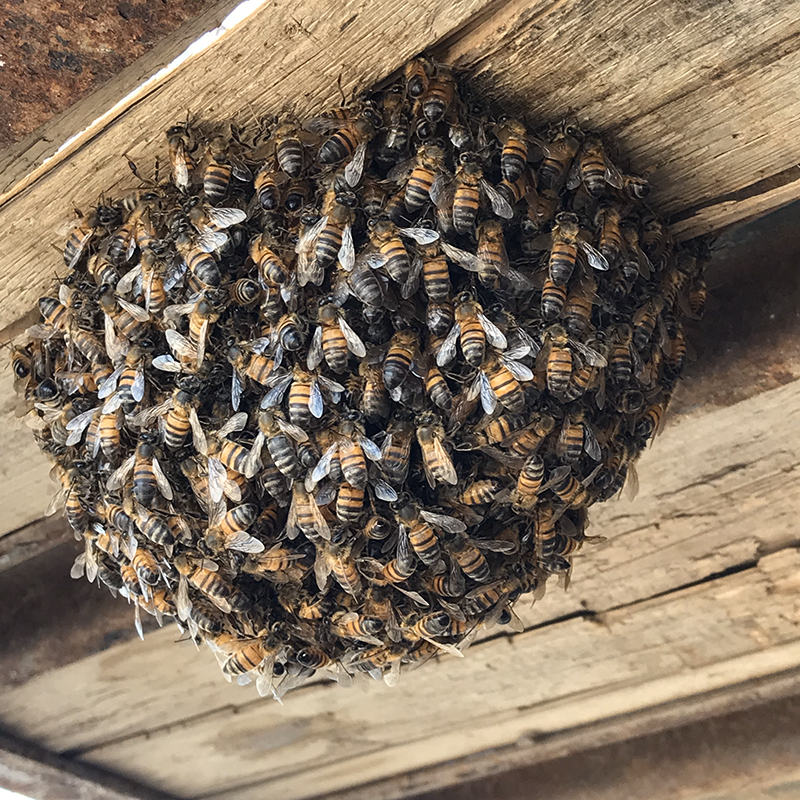 A Reason to Catch Them

Despite the risks of a small swarm, sometimes they can be useful when you have a queenless colony. If that’s your circumstance, I recommend you wait a week before attempting to combine them. Get them established in their own hive, but be sure to feed them sugar water and if possible, give them some capped brood to help boost their population. This will also give the queen time to mate if she happens to be a virgin.

There’s always the chance that a small swarm will surprise you and grow into a big bountiful colony. In the spring this scenario is very possibly so, if you’re an optimist and you’re prepared to help an underdog—go for it! You can increase their chance of success by feeding them, giving them empty comb, and by adding in capped brood one frame at a time. Be sure not to add more brood than your colony can care for. Remember, there needs to be enough nurse bees in your swarm to care for them. You should also be extra diligent in protecting them from predators. Make sure they cannot be invaded by ants and keep their entrance reduced.

Have you ever caught an undersized swarm? Share your experiences in the comments.