Is Your Time Worth Savin’?

Is Your Time Worth Savin’?

Recently, a friend of mine suggested that I watch “an old but prophetic” movie titled, “Soylent Green.” The film, loosely based on Harry Harrison’s 1966 science fiction novel Make Room! Make Room! features a young Charlton Heston playing the lead role of Detective Sergeant Thorn. Eerily, the movie is set during the year 2022, in New York city, population “40 million people.” I would bet that when Harrison penned this work of fiction some 56 years ago, he thought this number of 40 million to be overly inflated, an absurd amount of people. Or didn’t he?

According to the most recent numbers provided by the United States Census Bureau, New York city had a reported population of 8,804,190 people in April 2020. This was just before the Covid-19 pandemic had fully sunk its teeth into not just our bodies, but our economy, livelihood, bank account and most importantly, our spirit. At the time I am composing this article (February, 2022), New York city has reported a total of 39,011 deaths and a staggering 631,000 jobs lost as a result of Covid-19.

As I watched the movie, I certainly felt the prophetic-ness that my friend had alluded to. Staircases full of sleeping vagrants with physically nowhere else left to go. Everyone appeared uncomfortable and hot, always in a flux of sweat due to the over crowdedness and increased warming of our sphere. Most of the fresh produce items that we in the western world take for granted on a daily basis, are the most precious commodities in Harrison’s projection of 2022. Fruits, vegetables, beef… all available in limited quantities and are only attainable by the most elite. The bulk of the population, can only afford to sustain on a series of man-made, food items that provide just a semblance of nutrition, while large corporations and government profits. Sounding more prophetic by the paragraph, isn’t it?

So, has it already begun?
I try to consume a healthy, whole foods diet, and I can personally attest that since the pandemic, my American dollar goes nowhere near as far as it once did just two years ago. To add insult to injury, Covid also provided an opportunity for industry to price gouge consumers as a result of mandatory governmental shutdowns, supply chain issues, ships stuck at ports, etc. The same number of fresh produce items now costs me on average $80 – $120 more then what I was paying just two years ago. Yet my wages have stayed the same. Bring on that overly processed, fast food dollar menu!

In a documentary that debuted in January titled “The Green Planet,” renowned naturalist Sir David Attenborough warns, “the world, it depends upon plants and we treat them with so little thought, so little care and exterminate them without little thought or little care. And we will pay the price.” Attenborough continues, “We caused it; our kind of industrialization is one of the major factors in producing this change in climate. So, we have a moral responsibility even if we didn’t cause it, we would have a moral responsibility to do something about it.” Despite being 95 years young, and living his life day-by-day, Attenborough still feels the responsibility to utilize his worldwide platform to help garner attention to this impending crisis that will begin to affect all of us with more regularity in the coming decades. On biodiversity, Attenborough offers, “it’s never been more important for us to understand the effects of biodiversity loss, of how it is that we ourselves are responsible for it.”

As beekeepers, we are all too familiar with the negative impacts that increased industry has had on our bees, yet rarely contemplate it any further than how it affects our own operation or wallet. The trial is over and the verdict is in. The loss of biodiversity around the world, and especially the reduced biodiversity of insect populations, poses extremely serious consequences down the road for us. Earths conqueror.

The Staggering Loss of Biodiversity 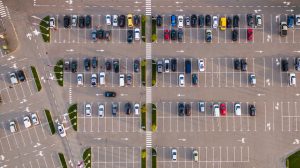 One of the most obvious effects of our massive ecological footprint is the staggering loss of biodiversity that we now see. The recently created Intergovernmental Science-Policy Platform on Biodiversity and Ecosystem Services (IPBES) has been given the task of performing regular and timely assessments of knowledge on biodiversity and ecosystem services. According to the IPBES chair Robert Watson, “the health of ecosystems on which we and all other species depend is deteriorating more rapidly than ever. We are eroding the very foundations of our economies, livelihoods, food security, health and quality of life worldwide.”

More specifically, the IPBES reports that well over one million animal and plant species are now threatened with extinction, many within the coming decades. Though species have gone extinct throughout human history, the scale of the threat of extinction has never been higher than today. The report goes on to find that the average abundance of native species in most major land-based habitats has fallen by at least 20% in the past century.

Unfortunately, many people associate this drastic loss of biodiversity with the disappearance of exotic species of plants or animals on the other side of the world. The biologist trying to spot the elusive and nearly extinct Guatemalan Small Eared Shrew. We fail to realize that a decline in biodiversity could have palpable and realistic effects on our own livelihoods. This selective form of naivete’ is self-serving and affords us the luxury of not taking action. Of not implementing changes to our daily lives that would affect the greater good.

Of course, biodiversity is of fundamental importance for all of life on earth. Besides creating more resilient and vibrant ecosystems, biodiversity is at the core of ecological life support. The millions of unseen species of plants, bacteria, fungi and insects combine to create the conditions for life upon which we depend. Oxygen to breathe, clean water to drink, pollination of plants for the crops we grow, pest control, wastewater treatment and thousands of other “ecosystem services” all depend on the complex interactions of bio-diverse ecosystems.

The Underappreciated Importance of Insects
Insect populations around the world are similarly affected by the rising threat of species extinction. According to one recent estimate, more than 40% of all insects are declining worldwide with one third of insect species being placed on the endangered list. This data suggests that the rate of decline for ALL insects is at least 2.5% annually. While we may worry about white rhinos and other emblematic species that are in danger of extinction, insects face extinction rates that are eight times higher than vertebrates!

So, what would a world without insects look like? For one, the amount of food that we could produce would be greatly reduced. The USDA finds that “three-fourths of the world’s flowering plants and about 35 percent of the world’s food crops depend on animal pollinators to reproduce.” A significant loss of pollinator insects would severely affect the production of crops such as apples, almonds, avocados, cucumbers, onions and hundreds of other common foods. Even without complete extinction, the reduced pollination rates of these plants due to drops in insect population would lead to lower seed or fruit set, lower plant regeneration rates and other, cascading effects on other animal species that rely on plants and their products for food.

Insects also play an important role in other vital ecological functions including pest control, decomposition and maintenance of wildlife species.

Native Pollinator Loss in the Midwest
One of the major causes of the massive drop in insect populations around the world (often referred to as the “Insect Apocalypse”) is the increasing usage of herbicides, pesticides, fungicides, and other synthetic agricultural chemicals. A 2019 study determined that America’s agricultural landscape is now 48 times more toxic to honey bees, and likely other insects, than it was 25 years ago. This landscape toxicity is closely related to the widespread use of neonicotinoid pesticides.

So how much pesticides are we actually using here in the land of the free? In 2007, for example, we collectively sprayed 1.1 billion pounds of pesticides on our lawns, parks, and farm fields, which is almost a quarter of the total worldwide pesticide use. In my home state of Indiana, a recent USDA report finds that “herbicide was used on 99 percent of Indiana’s 5.7 million corn acres during 2000 while insecticides were applied to 30 percent of the acreage.”

The toxicity of Indiana’s farm fields is not only leaching into our watersheds and affecting aquatic organisms, but is also directly responsible for the loss of native pollinators in the region. According to Purdue University, the native pollinator communities in Indiana face many threats. During the past 15 years, researchers have documented reduced populations of honey bees, bumble bees and several butterfly and moth species. While bees are primarily affected by the use of certain types of pesticides, other Indiana insect species are dropping due to loss of habitat. For example, over the past 100 years, the Karner Blue Butterfly (Plebejus melissa samuelis) has seen its population drop by 99%, mostly due to habitat loss and the slow disappearance of Wild Lupine (Lupinus perennis), which is its primary food source.

What Can You Do to Assist Native Pollinator Populations?
The loss of biodiversity, and specifically the drop in native pollinator populations, is an issue that affects all of us. While we may consider installing solar panels or purchasing an electric vehicle as a way to limit carbon emissions that are driving global climate change, most people have no idea how to contribute to the resilience and resurgence of insect populations. To end, I offer a few strategies for supporting and encouraging pollinators and insect populations in general.

• Plant a pollinator-friendly lawn: Instead of monoculture turf grass that requires an enormous amount of synthetic chemicals that hurt insect populations, consider sowing native wildflower seed for a more beautiful, healthier, and pollinator-friendly lawn.
• Eliminate pesticide use in your landscape: For both your yard and garden, eliminate all pesticide use, especially neonicotinoids. There are several “biological pest controls” that are extremely effective for gardens and lawns, and are much healthier for both humans and other non-target insects.
• Extend your flowering season: Planting a diversity of flowering plants and trees can also help increase the food supply for native pollinators. When planning your landscape, consider purchasing flowers, trees, herbs, and other plants that flower throughout the Spring, Summer and Fall.

And if you’ve never seen it, pick-up or stream a copy of Soylent Green. There are several other eye-opening scenes in the film that I haven’t touched on here for fear of spoiling the film for those that want to watch it. Some of these things are already occurring and others I fear will soon begin happening if we all just sit idle and trust in our government.

Come gather ‘round people, wherever you roam
And admit that the waters around you have grown
And accept it that soon you’ll be drenched to the bone
if your time to you is worth savin’
Then you better start swimmin’ or you’ll sink like a stone
For the times they are a-changin’
– Bob Dylan The Times They Are A-Changin’ (1964)

about Advice after anyone Beehive Beekeeper Beekeepers Beekeeping bees brood BUZZ CATCH comb first Found FRAMES from Have Help hive. Hives Honey Inspection into It’s Just know like made more... Need QUEEN question should some Swarm them There these they time today. Winter would year