A Different Kind of Bee

A Different Kind of Bee

A long time ago, wheat was loaded on to a wagon and hauled to an area where neighbors would get together and harvest it. The event was called a Threshing Bee and would be somewhat like a free carnival. Men would do the work with the wheat, women would help with the food for those working and children would help with the horses and carry items like food and water. The machine used was called a threshing machine and was usually powered by a steam engine. The threshing machine would separate the stalk and stems from the wheat. The event usually took a full day and then it might be held again at a neighbor’s place.
Where I grew up, people called it a thrashing bee. I never paid it any difference, but when my uncle got a combine, he let me ride in the grain hopper when the wheat or oats were harvested. Parts of mice and snakes would be dumped into the hopper along with the grain. It was truly a thrashing machine.
However, the event was still called a threshing bee, as it was a social event of neighbor helping neighbor.
In different parts of the world this help or fund raising activity is called:
Africa
East Africa – Harambee
Rwanda – Umuganda
Sudan – Naffir
Liberia – Kuu
Asia
Indonesia – Gotong-royong
Philippines – Bayanihan
Iran – Basij
Turkey – Imece
Europe
Finland and the Baltics – Talkoot
Russia, Ukraine, Belarus, Poland – Toloka
Hungary – Kaláha
Ireland – Meitheal
Asturias – Andecha
Norway – Dugnad
Serbia – Moba
North America
Cherokee – Gadugi
Latin America
Mexico – Tequio
Zapoteca Quechua (including Peru, Ecuador, and Bolivia) – Mink’a
Brazil – Mutirão
Chile – Mingas
Panama – ‘Junta’ party
The earliest use of the word “bee” in colonial North America was found in the Boston Gazette in October 16, 1769, where 20 ladies held a Spinning Match or what is called a Spinning Bee. In Australia the term used is a “working bee.”
A Spinning Bee was originally a way to produce homespun cloth to reduce dependence on British goods and a way to protest British policies and taxation. Spinning bees not only were the spinning of yarn but also weaving it into cloth. The participants of the early spinning bees were usually young, unmarried women because they had the spare time for such work. Eventually it became a social event and women of many ages became involved.
There are all kinds of bees, such as: an Apple Bee, a Drinking Bee, a Husking Bee, a Logging Bee, a Quilting Bee, a Roofing Bee, a Sewing Bee, a Spelling Bee and others. Don’t forget the barn raisings or as they call it in the United Kingdom, a barn rearing. The “barn raising” could include churches.
Apple Bee – was a social event where the farmers helped gather the apples and prepare or process the fruit for drying. 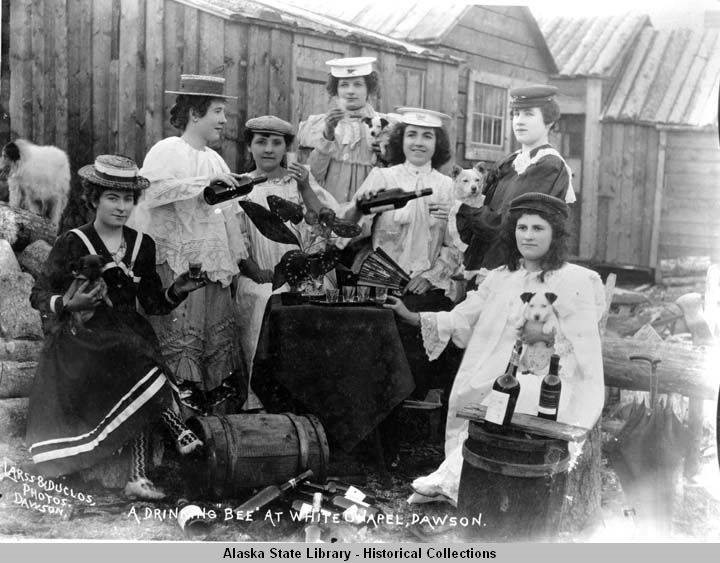 Drinking Bee – has been replaced somewhat by binge drinking. Get the cheapest beer, the best beer funnel, a four-in-one beer opener and try to remember where the party is. However some may get in trouble by getting underage guests, so observe the laws. Now not everyone can afford to go to Germany or France where the drinking age for beer, wine and wine-like beverages starts at 16. However, there are ten countries where there is no stated minimum age. But when you find these countries, there are other restrictions, such as the drinking must be in private.
Husking Bee – is an older practice of cutting, shocking and husking corn. It would take a farmer several weeks to harvest his crop alone so he would ask the neighbors for help. He might not own all the equipment. Besides doing the crop, there were contests, such as who could husk a basket of corn first, and what young man could find a red ear of corn and kiss a girl before dinner? Today the farmers have machinery to do the picking, husking, shelling and drying. So I guess there are no girls to be kissed.
Logging Bee – one definition of a logging bee is another name for log rolling, but the original logging bees were the favorite way to clear space in the forests for the planting of crops. It was a social event and might take several days at each location. Again, we have bull dozers that replace axes, shovels and teams of horses or mules.
Quilting Bee – was a social gathering to make quilts or to hold competitions. The quilting bee was usually held in a large room where two quilting frames could be assembled and the women could finish several quilts in one day. Upon the ending of the session, a supper of roast chicken or turkey was prepared and the men would arrive for the feast, singing and dancing.
Roofing Bee – was an event where friends would come to your place and build, replace or repair your roof. Today it seems that this activity doesn’t exist. People are in the business to fix your roof for a fee, but will give you a choice in which color you would like and what type of material to use. 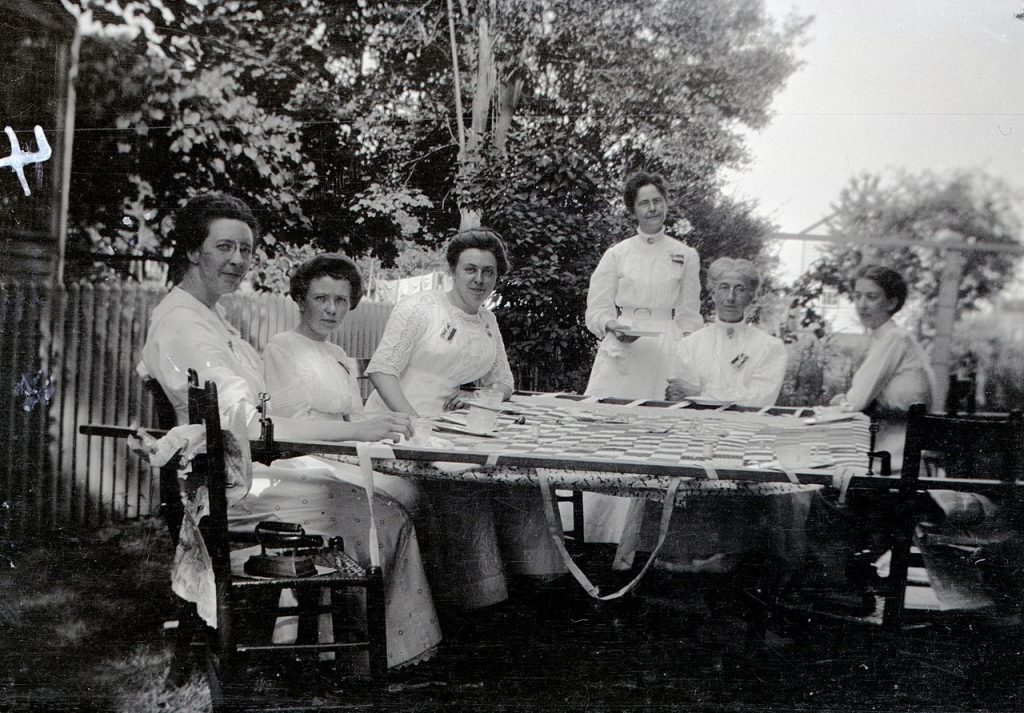 Sewing Bee – a social occasion where people get together to make or mend clothes and other things with a needle and thread while engaging in conversation. Today there is a television show, “The Great British Sewing Bee,” which is an elimination of a contestant each week. There are stores by the name Sewing Bee, that sell sewing supplies.
Spelling Bee – The earliest spelling bee dates back to 1825 however it had names like: Trials in Spelling, Spelling School, Spelling Match, Spelling-Fight, Spelling Combat and Spelldown. It was different from the other bees as it was an entertainment event. I also figure that the winner was the person that got the easiest word to spell. So it was the luck of the draw.